Throughout the years, Ebor has become a serious contender in the Defence arena. The awarding of the $5.3 million Capability Technology Demonstrator (CTD) grant, under JP2081, to develop an HF surveillance system was the first major recognition of Ebor’s capabilities.  The JP2043 Nullarbor project with CASG and the Simpson project with ASD added additional capability to the HF surveillance system as well as providing Defence with the ability to remotely control and access the resources of the HF surveillance system.  Following the great successes with the Nullarbor and Simpson projects, CASG awarded Ebor another contract to complete the preliminary design of the direction finding/ signal improvement system for the Defence HF Communications Systems (DHFCS).  Completion of the preliminary design led to yet another contract resulting in the successful delivery in 2017 of the direction finding and signal improvement capability to all nodes of the operational DHFCS.  The combined work has spanned 18 years from 1999 to 2017.

JP2081 (Sahara) was a Concept Technology Demonstration (CTD) project for the application of digital radio receiving technology to advanced surveillance capability. It was a project involving both leading edge hardware development and the application of innovative algorithms, signal processing methods and system architecture for the purposes of direction finding (DF), signal improvement (SI) and RF surveillance.  It began in 1999 and completed in 2007.

JP2043 Project Nullarbor incorporates the DF/SI capabilities of Sahara into DHFCS. The basis for the signal processing technology in Nullarbor are the algorithms from Sahara.  Ebor was awarded contracts totalling over $10 million for the design, implementation, delivery, testing, and commission of the Nullarbor capability.  The work began about 2002 and completed in 2017. 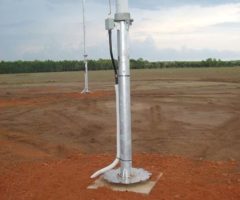 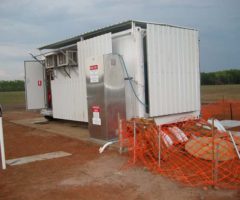 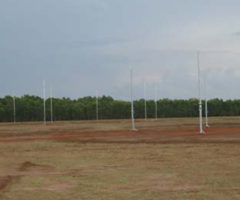